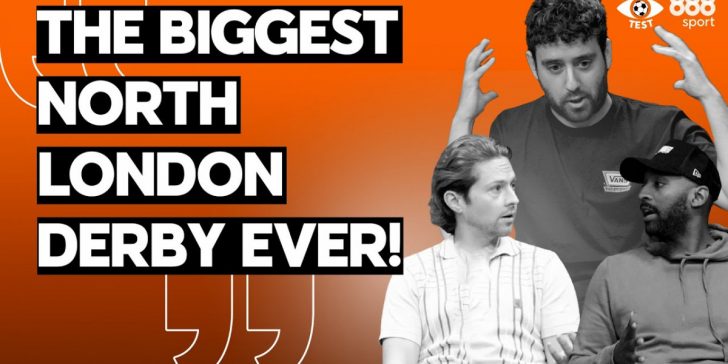 A mammoth clash takes place in the Premier League tomorrow as North London rivals Arsenal and Tottenham Hotspur face one another in a match that could decide who finishes in the top four.

An Arsenal win will guarantee Champions League football for The Gunners next season, the first time in five years. But Antonio Conte’s Spurs side stand in their way and despite being four points behind their local rivals, Spurs have won five of their last eight games, taking an impressive point away from Anfield against Liverpool in their last outing.

With Arsenal coming into the game winning their last four consecutive matches, McInerney fancies The Gunners to beat Spurs. But Flex takes the opposite approach and picks Tottenham to win, believing their home crowd support will spur them on.

Host Jennings looks at the broader topic of who will ultimately claim a top four position to secure Champions League football. Jennings declares the winner of the derby will succeed in taking that coveted top four spot.

The panel also delved into a conversation about the managers of both teams, Mikel Arteta and Antonio Conte, evaluating how well each manager has done for their respective teams.

The management conversation also highlights each coach’s tactical strengths and weaknesses, with Jennings believing that the North London derby “will be decided in the dugout”.