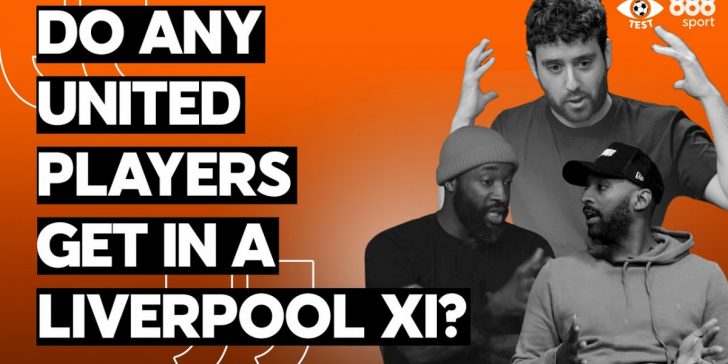 They are two of the fiercest rivals in Premier League history, but who would make a starting 11 if players past and present were selected from Manchester United and Liverpool?

Initially, the question raised on 888sports ‘The Eye Test’ was ‘who would make a current combined 11’ between the two sides. But because Liverpool have been so good and United have been well… not so good, the answer was a resounding one.

Host Ade Oladipo is joined by Flex and Steve McInerney to break down the players who have donned the red jersey of Liverpool and Manchester from 1992 onwards, making up a starting 11 between the two clubs.

Things got heated immediately between United fan Flex and Liverpool fan Oladipo, with Manchester City fan McInerney acting almost as a moderator between the two.

The midfield was unanimously decided by three of the Premier League’s greatest ever to play central midfield. But that was the only time where three positions were so overwhelmingly agreed upon.

There was a fiery debate between Oladipo and Flex arguing between who was better; Suarez or Rooney. Oladipo makes a strong argument for Alisson and Van Dijk to be included, whilst Flex has a whole-host of United legends to choose in pretty much each position.