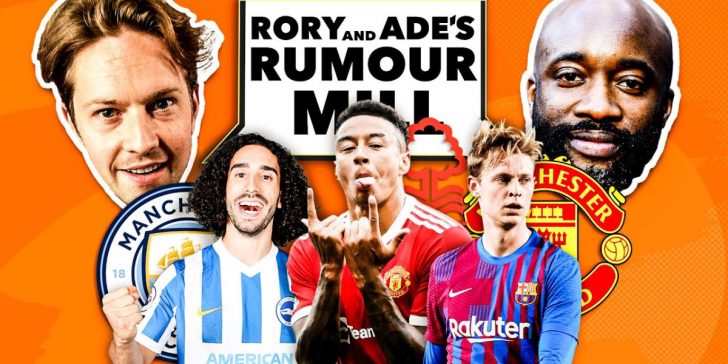 Rory Jennings and Ade Oladipo are back with another edition of 888sports ‘The Rumour Mill’, where the co-hosts breakdown the biggest transfers transpiring during this summer’s transfer window.

The first name on the agenda is ex-Manchester United midfielder Jesse Lingard, who has recently signed a 1 year deal with newly promoted Premier League side Nottingham Forest, earning a reported weekly salary of £200,000.

West Ham United were hoping for a reunion with the 29-year-old where he spent a successful six months for ‘The Hammers’ on a loan deal back in 2021. But West Ham were apparently reluctant to meet Lingard’s wage demands.

Whilst he respects the ambition of Forest going for a recognisable name in Lingard, Jennings believes the move reflects ‘really badly’ on the England international, believing Lingard to be a player good enough to be playing for a Premier League side competing for European football.

Despite earning £200,000 a week, Lingard arrives in Nottingham as a free agent and Oladipo assumes that Lingard made the move to the City Ground to impress England boss Gareth Southgate to make it into the final man squad for the World Cup this November.

It has been reported that Brighton value Cucurella closer to £50m but Oladpio believes both clubs will meet in the middle and eventually agree a fee and if the Spandiard is playing at the Etihad Stadium next season, Oladipo believes it would be a ‘fantastic signing’.

Finally, the show wraps up with the ongoing Frenkie De Jong saga as the Barcelona midfielder continues not to budge on his stance on staying at the Blaugrana next season.

Manchester United have been heavily interested in the Dutch midfielder but De Jong has recently shut down any intentions of joining United. Jennings believes United should move on from their interest, whilst Oladipo likens the saga to asking someone on a date and they keep ignoring you.