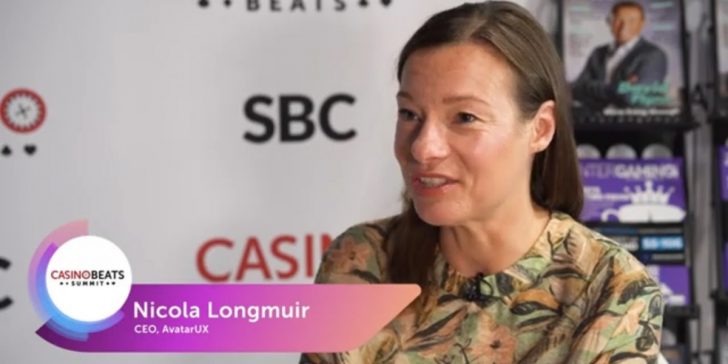 During the most recent CasinoBeats Summit in Malta last May, SlotBeats caught up with Nicola Longmuir, CEO of the gaming software provider, AvatarUX.

“Over the past few years we’ve had such a lack of face-to-face contact, it’s really important to meet others in the industry,” said Longmuir.

“Malta is a massive hub for gaming companies, it’s always great to meet up, share ideas and look at how we can collaborate, doing that face-to-face is really invaluable. It feels great to see people in person.”

The AvatarUX CEO was a guest speaker on the game mechanics panel at the event in Malta, discussing various methods and technologies that can enhance the gaming experience with a host of other panel members.

She explained: “It was a really great panel, I had some esteemed colleagues up there with me. It was a really nice panel covering suppliers, operators and streamers, so it was really diverse and everybody had a different opinion.

“We talked about gaming mechanics and why they are important, they were differing opinions which always makes for a great conversation. We talked about PopWins and why PopWins had been a success for Avatar and how we are continuing to move forward with our mechanics.”

Longmuir was also gratified after AvatarUX’s PopWins title was shortlisted for ‘Slot to Watch’ at this year’s CasinoBeats awards. She went into what makes the slot such an appealing game for players and how AvatarUX is looking to build upon the success heading into the future.

“Lollipop was the first game we launched under my tenure since I’ve only been CEO since February. It’s a really fun game – it’s exciting – it’s taking the PopWins mechanic to the next level by adding new gameplay options, it feels like an evolution of existing content.

“It has been very well received when we pushed it out to our direct network, we’ve seen some great traction with the game. It will be a real springboard for the content we have coming through the pipeline for the rest of the year and beyond.”