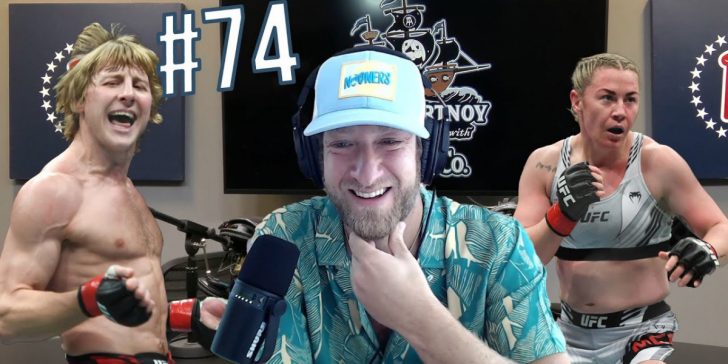 After they stole the show at UFC London, Molly McCann and Paddy Pimblett joined Barstool Sports President, Dave Portnoy, as the pair continued their strong collaboration with the US sportsbook.

McCann is in negotiations to join her teammate Pimblett as a Barstool ambassador off the back of her spinning elbow finish at UFC London, which stole the headlines and led many to believe to be KO of the year.

The show took a closer look at fighter pay, with McCann revealing that pay grows as the combatants’ career grows as they continue to win.

Portnoy also revealed that it was the electricity of Pimblett and McCann that drew him to both athletes and enticed him into engaging with a sponsorship deal.

The Barstool head also detailed that he placed a heavy wager on McCann, as she delivered the goods as Portnoy cashed his ticket. He also emphasised just how much traction Pimblett has gathered in the US, with a whole bar captivated by his dramatic contest.

Pimblett didn’t give away any clues about his next opponent, however, Portnoy revealed that he was friendly with the manager of Ilia Topuria, who was pushing for a collision with the highly-rated Liverpudlian, following their hotel brawl in London.