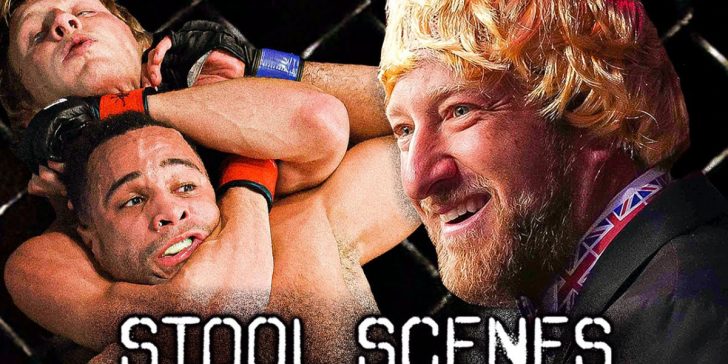 The backing of Barstool in surging UK MMA stars Paddy Pimblett and Molly McCann continues to elevate as the group’s Founder Dave Portnoy and the crew ventured to London to watch the UFC Fight Night.

Portnoy and Robbie Fox both proudly donned ‘Paddy the Baddy’ merch as they marched  through the UK capital ahead of what promised to be a dramatic night of fights.

Greeting the Barstool crew in the hotel lift, ‘Meatball’ McCann was an immediate bundle of energy, which only elevated at the ceremonial weigh in, where both McCann and Pimblett raised the roof ahead of their collisions.

The energy and anticipation of hardcore MMA fan Fox was undeniable as McCann and Pimblett were both accompanied by the Barstool CEO during their tense ring walks.

The celebrations of both replicated their celebrations as they secured dramatic victories leaping into the arms of a jubilant Portnoy, who proceeded to lift them high as they embraced their crowd in a victory lap.

It was then time for revenge, as even after a brawl in the Octagon, McCann’s appetite for a battle continued – granting Fox an opportunity to get his own back after a leg kick she delivered the host of Barstool’s MMA podcast, back in May – which sent him to the ER.

Nonetheless, the attempts of Fox failed to deliver any impact on McCann, who laughed off the efforts of the Barstool man to fire a leg kick her way.

Founded in New York as a digital sports media company, Barstool has since expanded into the US’ expanding igaming space with its Barstool Sportsbook, securing licences in Pennsylvania, Michigan, Indiana, Illinois, Colorado, Virginia, New Jersey, Tennessee and Arizona.