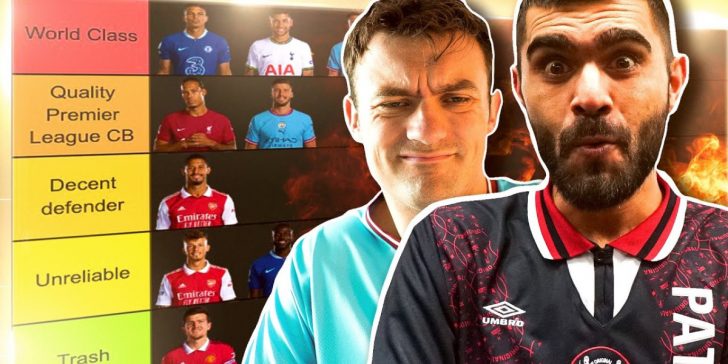 In the latest edition of Last Fan Standing, The Fighting Cock’s Flav Bateman is joined by Stretford Paddock’s Adam McKola and The Kick Off’s Lawrence Buvey, as they try and rank the league’s top center backs.

Lisandro Martinez has endured a start more turbulent than most, after a tough opening two defeats at the hands of Brighton and Brentford, the fiery Argentine has been at the heart of the fightback for Manchester United, who have won four league games on the bounce.

Avid red, McKola was staunch to the defense of Martinez, even threatening to derail the whole show off the back of the decision to name him as unreliable.

Thiago Silva took center stage next, as the Brazilian narrowly missed out on being named as ‘world class’, instead falling into the podcast’s ‘decent Prem CB’ section.

The debate rumbled on as Ruben Dias and Virgil Van Dijk were the only duo that were deemed as being ‘world class’, only to be controversially joined by John Stones, which caused disruption in the studio.