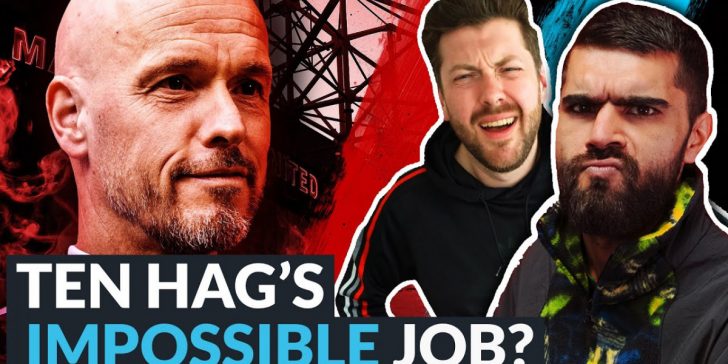 After Manchester United announced Ajax coach Erik ten Hag as their new manager for next season’s Premier League campaign and beyond, many have pondered how the 52-year-old Dutch coach will fare.

Manchester United currently sit 6th place in the Premier League table after a disappointing season. Interim manager Ralf Rangnick will relieve his duty as United manager to occupy a consultancy role at the club, and has made it clear to United fans that a rebuild will almost certainly be happening this Summer.

This latest episode of ‘Last Fan Standing’ saw McKola with subdued expectations on what he deemed as a successful season under ten Hag, with more of a focus on better style of play, with signing and selling the right players a priority.

When discussing some of the names that United should look to get rid of during their rebuild this Summer, Machin offered a left-field answer to the discussion of legendary former United manager Sir Alex Ferguson.

In the final topic, the three fans predicted when or if ten Hag could get Manchester United to win the league again, with some saying 3-4 years and others believing that if he doesn’t it wouldn’t necessarily be a failure.