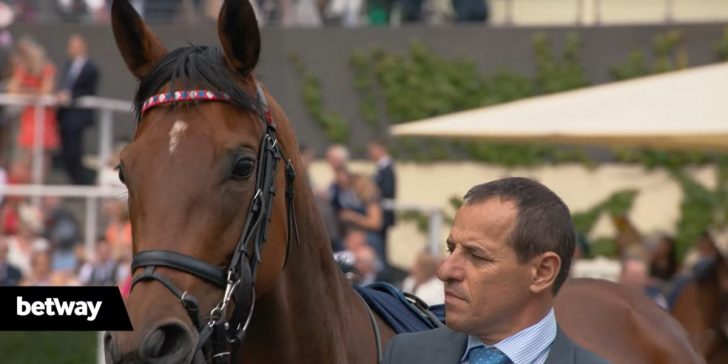 King Power’s trainer Andrew Balding took the bridles and led us on a ride through Royal Ascot in latest promotional video from betway.

“I think for any flat trainer in England, certainly, it is the most important meeting of the year,” said Balding.

Reflecting on his team’s performance from last year’s event, he continued: “The emotion is very much one of huge excitement and relief that you’re on the board. It’s a great sense of achievement for the whole team, to have gone there and had four winners.”

Going over to describe the responsibility behind attending the Royal Ascot, Balding remarked: “I think we have a strong team going through this year, but I mean, how many favourites are we going to have? Probably only one, and that shows you how tough it is.

“Two o’clock on a Tuesday afternoon to six o’clock on Saturday evening, and everything in between, puts tremendous stress and pressure on you over the five-day period. It’s the focal point of what we try to achieve. It means everything.”

Adding to her husband’s comments, Anna-Lisa Balding, Head of Operations at King Power Racing Co Ltd, noted for betway: “It is the most electric feeling. You can put it on with Wimbledon, the Champions League final. I mean, it’s just amazing.”

Mrs Balding also took time to look at Royal Ascot 2021 in retrospect, focusing on one of the losing horses, King’s Lynn, who is owned by the Queen and trained by Andrew Balding.

“King’s Lynn is King’s Lynn, a very special, lovely horse and fingers crossed, he has more luck than he did last year,” she said.

Mr Balding continued: “He was unlucky in the race last year. There are some split-moment decisions that a jockey has to make at 45 miles an hour. Do I go left? Do I go right? It didn’t happen for him.

“We learned something, and the horse is a year older, a year stronger this year, and hopefully we can make up for it. It’s a great privilege for anyone lucky enough to train for the Queen.”

On which of his horses shows indicators for a win, the family pointed betway viewers to The Foxes – a two-year-old horse Mr Balding says has shown enough quality to “suggest he could run a big race in the Chesham”.

“I think as far as the European sprinters go, he’s right up with the best of them,” Balding added.

His wife concluded: “It would be amazing to have a royal winner. If we can get one or two winners, it would be absolutely fantastic.”