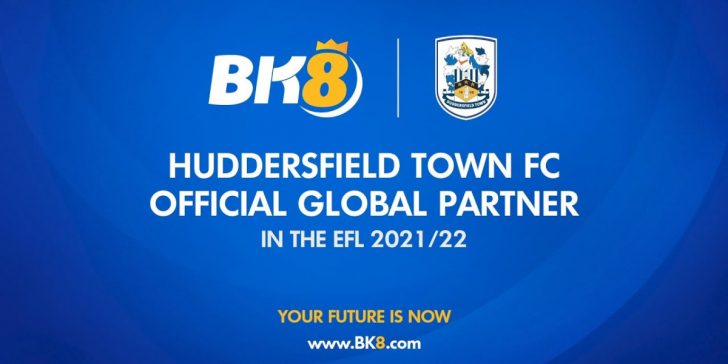 BK8 has strengthened its portfolio of sporting partnerships with both Burnley FC and Huddersfield Town following the start of the 2022/23 EFL season.

The betting operator becomes the official training wear partner of Burnley. Meanwhile, the agreement with the Championship side also sees the Burnley FC in the Community charity fund receive a windfall of £15,000.

The charity contribution also comes as BK8 revealed its latest Ambassador as Faye White MBE, former England Captain and Arsenal WFC Captain, who said: “It is incredibly important to encourage and inspire more female footballers and the stars of tomorrow, who will hopefully one day follow in the football boots of our triumphant Lionesses!”

The club has stated that the donated funds will ‘make a real difference’ to the local community, helping it to deliver a wide range of health & wellbeing programmes.

Furthermore, the operator’s agreement with Huddersfield will see BK8 continue as the team’s global betting partner, after having formed a sponsorship agreement in December of last year.

The new deal is now also extended to include front of shirt sponsorship of the Huddersfield Town Women’s team.

Commercial Director of Huddersfield Town, Ian Birtley, added: “It’s brilliant to have BK8 on board for the 2022/23 season and to see our joint commitment to grassroots women’s football lead to their sponsorship of the Huddersfield Town Women’s team.

“Having learned more about their business and company principles since discussions first began, we’re delighted to have them continue as our global partner and look forward to working more closely with them throughout the season.”

BK8 also joined the club in pledging support for the Her Game Too movement, which was created by female football fans.