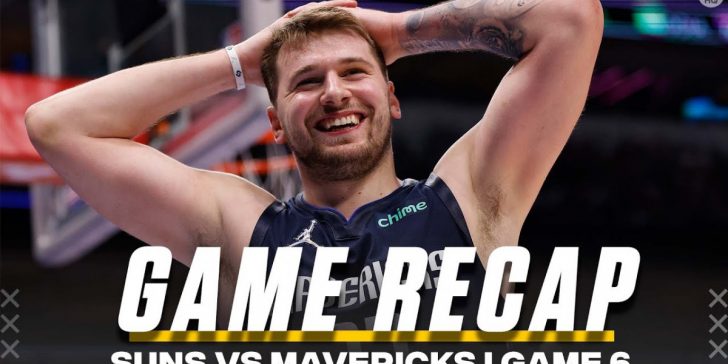 Dončić’s 33 points proved too much for Chris Paul, Devin Booker and co, as the Mavericks sailed to a comfortable 113-86 victory. Now with the series tied 3-3, both teams travel to Phoenix for the penultimate game seven this Sunday.

CBS Sports HQ host Erik Kuselias is joined by inside reporter Bill Reiter to give his initial thoughts on game six, highlighting the Suns’ passiveness, boiling down their loss to ‘playing with their food’.

“As good as this Suns team is, and they’re excellent, Dončić is by far the best player on the court on any given night,” explained Reiter.

“So when Booker had an off shooting night which he did on this evening, when Paul looks really disengaged, really bad things can happen. Now that we’re going into game seven even though the Suns are the better team, they’ve put themselves into a position where anything can happen and Dončić can win a single game by himself.”

Phoenix entered this NBA postseason with the best record in the league (64-18), a betting favourite to not only win this series against the Mavericks, but also to win the Western Conference entirely en route to the NBA finals.

Now, with a ‘go through or go home’ single elimination game, anything is possible in game a seven. Reiter breaks down how Dallas can cause the upset to knockout last year’s NBA finalists and progress to the Western Conference Finals.

“They’ve shown some flashes of defensive excellence over the course of the postseason, they need that effort in every single 48 minutes in Phoenix,” remarked Reiter.

“They need Booker to be hassled by good defense into an off shooting night, and then Dončić needs to do LeBron James things. 30 something points, flirt with a triple-double and in doing that, create enough opportunities for other guys and hope those guys knock them down.”

Elsewhere tonight, the Milwaukee Bucks and Golden State Warriors have the opportunity to win their respective series against the Boston Celtics and Memphis Grizzlies. Both the Bucks and Warriors hold a 3-2 lead heading into their home arenas for game six.