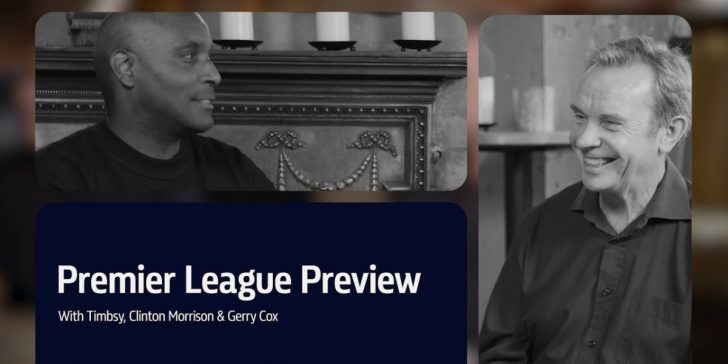 In the newest from William Hill, host Michael Timbs sat down with ex-footballer Morrison Clinton and commentator Gerry Cox to try and predict where Premier League teams will end up.

With Timbs raising the question of who his guests think will beat everyone else to finish in the upper rankings, Cox said: “Last season, everybody thought it’s going to be between Man City and Liverpool for the top two, and we were not disappointed.

“It was an amazing title race. I think realistically, it’s probably going to be the same this year. They’ve both strengthened significantly. Lost a couple of players, but then replaced them really well.”

Adding on to Cox’s words, Clinton said that Liverpool will be “massively” affected by the exit of Sadio Mané, and City’s Haaland transfer “might just edge it for them”.

He also went on to add a side note, saying: “I wouldn’t write off Chelsea, I think Sterling is good business. I think they will bring in defenders. When you lose the likes of Rüdiger and Christensen, you’re going to have to bring in replacements.

“Tottenham – surprise package! I think the business Conte’s done has been outstanding. He’s a winner. Tottenham could make third place but I still think Chelsea will do good business.”

Moving straight down to the bottom of the league, Cox said: “Traditionally, we see at least one, if not two of the teams that come up go straight back down. And of those three, you’d expect the strongest coming up would be Fulham.

“But then again Norwich were the best team last year coming up, and they went down. And it was Brentford who probably surprised people most.

“One of those is going to surprise us and hit the ground running, and I’d say Forest could do that with Steve Cooper. Amazing run of form from where he took them.”