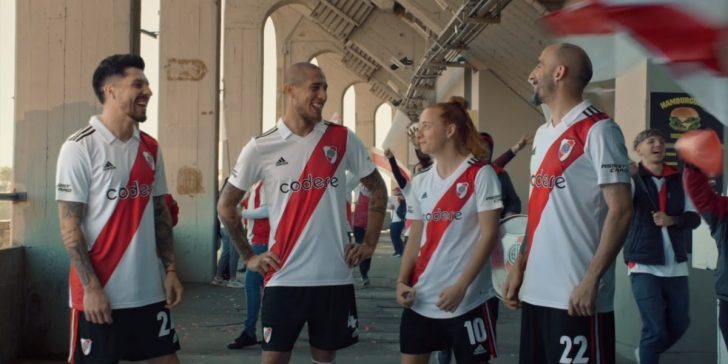 The ‘Hinchadores’ advertising series was developed in partnership with marketing advertising agency ITALIA.

Active in the European and Latin American gaming sectors, Codere collaborated with River Plate In July 2021 and the deal was enhanced last month.

Alberto Telias, Codere Online CMO, commented: “Our intention is to be close to the fans, enriching their experience so that they share their excitement for the game, feeling like one of the team. In addition to continuing to position ourselves within Argentina and Latin America.”

River Plate players participating in the campaign include men’s team members Enzo Pérez, Jonatan Maidana, Javier Pinola and and women’s team player Justina Morcillo, and the videos were filmed inside the club’s facilities.

ITALIA had previously collaborated with Codere on its last advertising campaign ‘The Next Big Move Is Yours’, which will broadcast throughout the remainder of the year.

Codere is currently the newly regulated gambling market in the City of Buenos Aires, and ‘The Next Big Move is Yours’ focused more on the firm’s customer-base as opposed to its sporting sponsorships.

“Almost as historic as having your players act in an advertisement. That is why we wanted to take advantage of it to show how a fan feels when he bets on his team: as one more player.”