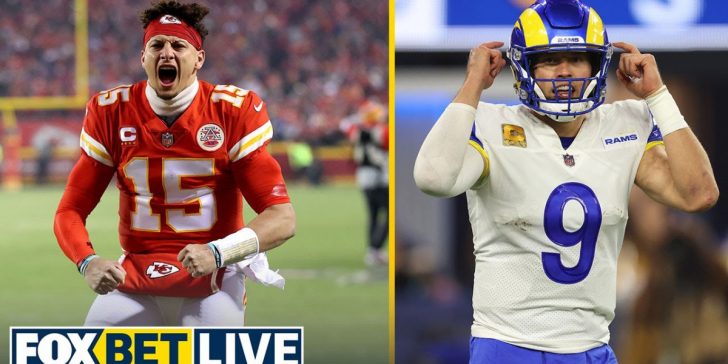 The NFL season doesn’t start until September but that hasn’t stopped sportsbooks from giving out odds on who they deem to be the favourites to win the AFC and NFC West division titles.

FOXBet’s Alex Curry is joined by Cousin Sal and Geoff Schwartz to break down who they believe will make it out the AFC and NFC West.

The reigning defending champions, Los Angeles Rams, are tipped as the heavy favourites to make it out the NFC West. Both Sal and Schwartz agree that the Rams should make it out due to the lack of competition between the Seattle Seahawks, Arizona Cardinals and San Francisco 49ers.

However, they do disagree on who will make it out the AFC West. Schwartz is backing the favourites, the Kansas City Chiefs, giving praise to the “best quarterback” Patrick Mahomes, and the “best coach” Andy Reid in the league.

“They were winning this division before Pat Mahomes got there,” explained Schwartz.

“Now they have the best quarterback, the best head coach, they reloaded in the draft. I just don’t trust these other teams to be good enough to beat Kansas City multiple times.”

Sal offers a different team to upset the 2020 SuperBowl champions. The Las Vegas Raiders have an outside shout of winning the division at 7/1, and Sal believes the Raiders will be the best bet for money.

“They’re going to be in good shape. They’re already better than the Chargers and lets not forget, they beat them to get into the playoffs. Why are they fourth in the division?”