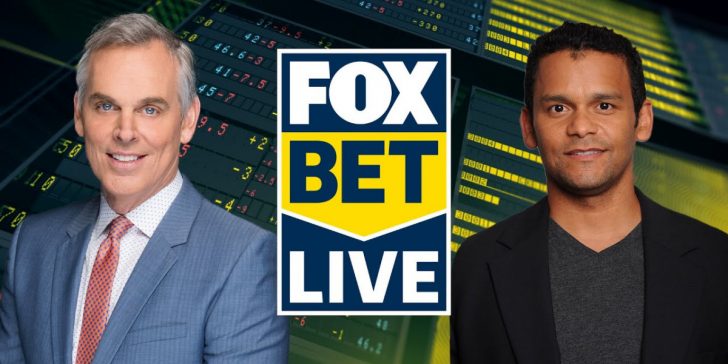 The NBA Playoffs kicked off with a bang this past weekend as all 16 teams from the Eastern and Western conferences played their first round games.

In one of the headlining games on Sunday, the Boston Celtics beat the Brooklyn Nets in dramatic fashion, as Celtics forward Jayson Tatum laid up a buzzer-beater to take his team 1-0 up in the final seconds.

The Boston crowd in TD Garden were particularly loud and reigned down boo’s on former Celtic player Kyrie Irving. This didn’t deter Irving however, as the Nets guard put up an impressive 39 points, almost single-handedly winning the game for Brooklyn.

FOXBET’s Jason McIntyre is joined by FOX sports analyst Colin Cowherd to discuss their feelings on how the rest of the playoff matchups will shape out.

“Boston’s ceiling is lower, but their cohesion, their urgency on the defensive end is probably better for basketball and a better story going forward,” comments Cowherd.

“But I wouldn’t sell Brooklyn. Durant won’t play that bad (again). They had the game essentially after Kyrie hit that big shot… I thought they had game one. History tells us, if you have the two best players on the floor you win the series. So I say it goes seven (games) but I’ll go Brooklyn.”

The defending champions, the Milwaukee Bucks, handled the 5th seeded Chicago Bulls in their opening game, as well as the Philadelphia 76ers earning a comfortable victory over the Toronto Raptors.

The number 1 seed in the East, the Miami Heat, produced a brilliant defensive display to stop Atlanta Hawks All-Star guard Trae Young to just 8 points. But despite the performance and being the best regular season team in the East, Cowherd isn’t thrilled with Miami’s chances to win it all.

“They feel like a roster of well-coached B+ players,” stated Cowherd.

“I couldn’t pick them over Milwaukee, Brooklyn, or Boston. Some teams are built for the regular season. They play like nine guys, but benches shrink and effort is not a problem but my god, Boston and the Nets, that looked like game seven of the finals.”

Out in the Western conference, a minor upset happened in Memphis as the 7th seeded Minnesota Timberwolves were able to grab a victory over the 2nd seeded Grizzlies. The Utah Jazz were also able to gain a victory in game one against their higher seeded opponent against the Dallas Mavericks, albeit with the Mavericks missing their best player in Luka Dončić.

Despite the Phoenix Suns being the overwhelming favourite to win the Western Conference for the second straight year, the Golden State Warriors do poise a threat and looked impressive in their first game victory at home against the Denver Nuggets.

“I don’t think Golden State’s a championship team but with the emergence of Poole (Jordan) they can shoot their way to the Western Conference finals,” comments Cowherd.

“The knock on Phoenix is, they are a little temperamental on three’s. Whereas Golden State can have one of their guys off, and if Klay’s (Thompson) is hitting and Poole’s hitting they’re really efficient.

“They’ve got a good outside shot, I don’t think they are a good bet.”