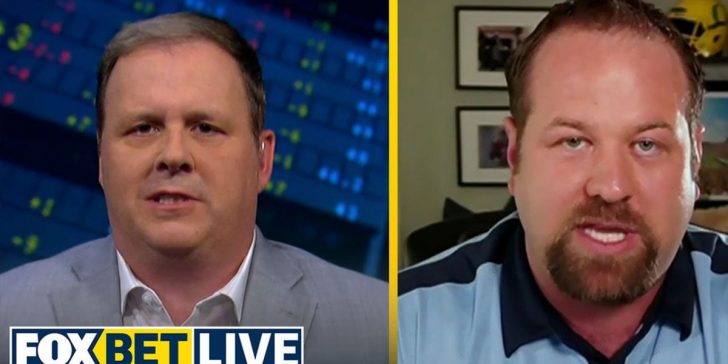 The NFL draft took place this past weekend at Caesars Forum in Las Vegas as all eyes were on the Jacksonville Jaguars as they selected with the first overall pick defensive end Travon Walker.

The linebacker was one of the first 5 draft picks to be a defensive player in this year’s draft, something that hasn’t occurred since 1991. Aidan Hutchinson, Derek Stingley Jr., Sauce Gardner and Kayvon Thibodeaux made up the rest of the top 5 selected respectively.

Host of FOXBet Live Alex Curry was joined by Cousin Sal and Geoff Schwartz to break down the biggest winners of the NFL draft.

Sal was cautious of rating teams’ draft selections, hoping to get a better gauge in 3-4 years’ time. But one team that did impress him on draft night were the Baltimore Ravens.

“If I have to answer now I would say the Ravens. I don’t think they had much to do in that division. Let’s not forget, they would have won that division if not for Lamar Jackson,” said Sal.

“First of all they made a great trade. They got a first round pick for Hollywood Brown, so the Ravens made out big and now we know why the Cardinals made that move because of DeAndre Hopkins and the suspension.

“Their pass defense was the worst, they got Kyle Hamilton the safety from Notre Dame. Ojabo and Linderbaum… the Ravens made great strides over the weekend.”

Schwartz lists the New York Jets and the Detroit Lions as teams that impressed him the most with their draft selections. The Jets drafted four players inside the first 36 picks which bodes well for one of those players excelling in the NFL.

Whilst the Lions selected Aidan Hutchinson with the second overall pick, along with Jameson Williams with the 12th pick. Two players drafted high up due to their exciting potential.

But Schwartz wanted to look at next season’s possible contenders and looked predominantly at the Kansas City Chiefs, who will attempt to get back to the SuperBowl with star quarterback Patrick Mahomes.

“I go to Kansas City and this is really all about what the contenders did,” stated Schwartz.

“The Chiefs had holes to fill, defensive back and end back rusher clearly don’t have any of those guys, and wide receiver after Tyreek Hill was traded. They added those in the first free picks, Trent McDuffie, George Karlaftis and Skyy Moore. They retooled their team in one season.”