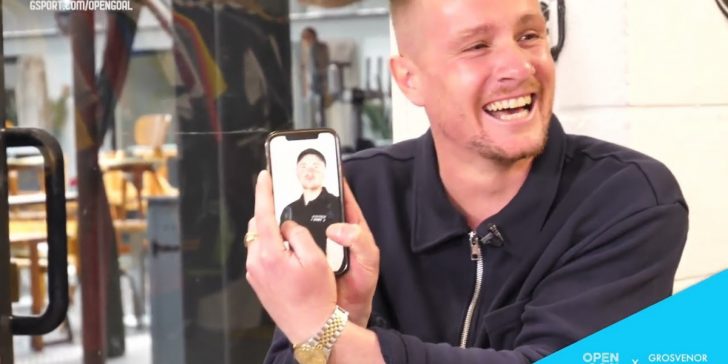 Ex-Tottenham Hotspur and Portsmouth midfielder Jamie O’Hara joins ‘Slaney’ (Paul Slane) and ‘Si’ (Simon Ferry) to break down their winners on some of the end of the season awards from this football season.

The trio oozed chemistry from the jump as there were a couple of jibes thrown back and forth between Slaney and former Spurs Young Player of the Year O’Hara. Slane was adamant that the best match of the season was the first leg Champions League Semi-Final between Manchester City and Real Madrid, resulting in a 4-3 win for City.

The talk was briefly interrupted with a plank challenge between Slane and O’Hara, in which O’Hara comfortably got the better of the former Celtic winger.

Si highlights the job Eddie Howe has done at Newcastle in being able to stave off relegation comfortably to a mid table finish as his Manager of the Season, whilst two managers from Glasgow; Giovanni van Bronckhorst of Rangers and Ange Postecoglu of Celtic receive mentions from O’Hara and Slane respectively.

The jokes were flying again when discussing Signing of the Season, as O’Hara joked on the Open Goal podcast signing to Grosvenor winning the award.

Social Media muppet and Letdown of the Season awards were handed out, as well as Worst Haircut of the Season, with plenty more banter and jokes to go about.