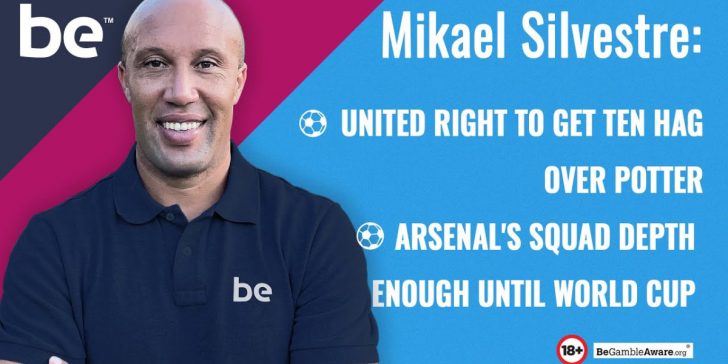 After two years of struggling to find the form that propelled him to Manchester United’s starting 11, Rashford is one of many players who appears to have found his footing under new coach Erik ten Hag.

With his three league goals this season coming in crucial games against Liverpool and Arsenal, Silvestre believes that Rashford is starting to rediscover what made him one of England’s brightest talents.

“He needs to apply himself and apply those game after game, so it has become a habit,” stated Silvestre.

“It’s just a habit, repeating and repeating, but it’s (recent form) good. I am pleased for him, hopefully he has identified those ingredients what he was producing two years ago.”

The ex-Manchester United centre half also commented on United’s current method of play, a counter-attacking style that has seen them achieve two huge victories this season over Liverpool and Arsenal, despite not dominating as much in possession.

The French national focused on the overloads he identified during those games, taking advantage of their “explosive quick” attackers, with players who can thread those passes in behind such as new signing Christian Eriksen.

Silvestre was also quizzed about his fellow Frenchman and United striker Anthony Martial and questions regarding his attitude. Silvestre does not believe Martial to be ill-mannered and has attached this as football being a “high emotion” game.

However, he did highlight the importance of correct professionalism and good training, which in the Frenchman’s eyes, will always reflect back during gameday.

He said: “This is very very important. This is the number one challenge for the top spot, it’s the self-discipline within the team and then the respect players have for one another, because whatever happens behind the scenes off the pitch will reflect at some point in the game.”
The 4x Premier League winner also discussed the early appointments of ten Hag and Graham Potter, if his former club Arsenal have enough squad depth until the World Cup, and why Brentford will prove a tough test for The Gunners in their next league outing.