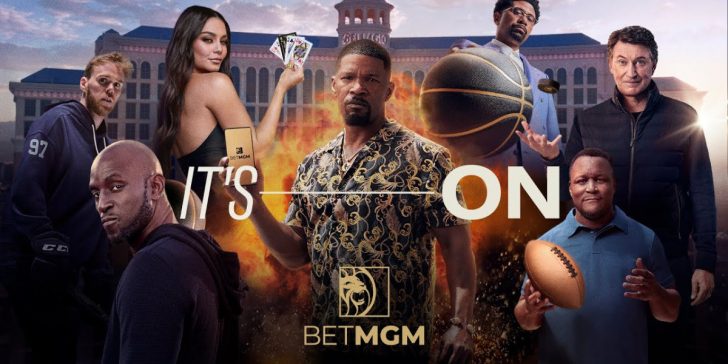 Jamie Foxx, Kevin Garnett and Wayne Gretzky, were amongst a plethora of celebrities at the heart of a new campaign from BetMGM.

Titled ‘It’s On’, the campaign will debut during an NFL Thursday Night Football broadcast, and will also feature Jalen Rose, Barry Sanders, and the group’s newest brand ambassador, Vanessa Hudgens.

Raymond Doyle, VP of Brand at BetMGM, commented: “Entertainment is at the core of BetMGM and we want this campaign to keep viewers on the edge of their seats in a way that’s unexpected from the sports betting and gaming industry.”

Further campaigns will be released throughout the year to align with season openers and playoffs for NBA, NHL and NCAA.

The It’s On campaign was developed by 72andSunny New York and directed by Peter Berg, Executive Producer of Entourage and Ballers.

Peter Hughes, Creative Director from 72andSunny, added: “We really wanted to show what makes sports betting so entertaining, and we looked to prestige ensemble TV for inspiration.

‘IT’S ON’ is about tapping into your competitive side and being part of sports betting culture. It’s something you can talk about with friends and engage with in a more meaningful way.”