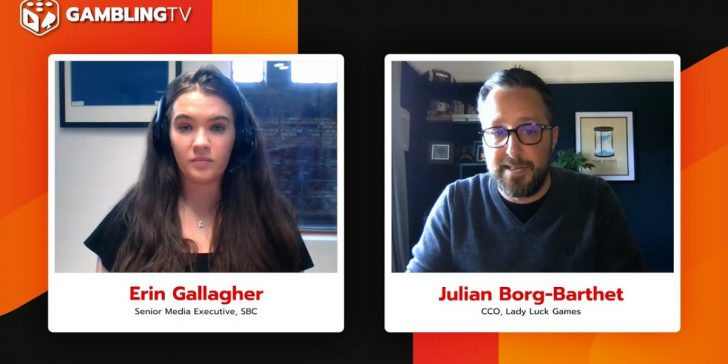 Lady Luck Games has gone from strength to strength in 2022 by rolling out an array of interactive slot titles which shows no signs of slowing down, a sentiment expressed confidently by its Chief Commercial Officer, Julian Borg-Barthet.

The Lady Luck Games CCO spoke recently to SlotBeats and shared what standout moments he believed the slot gaming company achieved in the first eight months of the year.

He revealed: “Without a doubt, the release of Treasures of Tizoc has been one of our standout moments from this year. This has been a phenomenal game. The response from the industry has been better than expected, and we’re really proud of what we’ve achieved with this title.

“The slot is based on an Aztec pyramid deep in the jungle, with the aim being to win pots of Aztec gold. It’s one of those games where you can win up to 15,000 times your stake.”

Borg-Barthet also shared his excitement on the co-development titled slot ‘Beetle Bailey’ with KingFeatures. The first slot as a part of the duo’s agreement, the Lady Luck Games CCO shared that the slot will be released ‘in a weeks time’, and will look to capture the nostalgia of the classic comic strip.

Borg-Barthet stated: “In a few weeks’ time, our first slot of this collaboration will be released. Beetle Bailey has made his way from Mort Walker’s legendary comic book pages and onto our reels where he is joined by a host of famous faces including Platoon Sergeant Orville P. Snorkel, Brigadier General Amos T. Halftrac, and Miss Buxley We’re super excited about this game.

“Speaking to people from across the industry, there are people from countries that I didn’t expect who know Beetle Bailey.”

But developing and releasing more slot titles for the remainder of the year isn’t the only thing on Lady Luck Games’ agenda. Borg-Barthet shared that the company has been working on further acquisitions to build the company’s overall growth.

Having acquired ReelNRG back in May, any future deals are still under wraps – but the CCO is confident that Lady Luck Games will have plenty more milestones this year.

“We’re still growing, organically and through more acquisitions, and we’re constantly looking for the right company with the right fit for our strategy. I can only say now that we have our sights on some brands that have really impressed me in the past, and I truly hope that they end up being part of the family.”