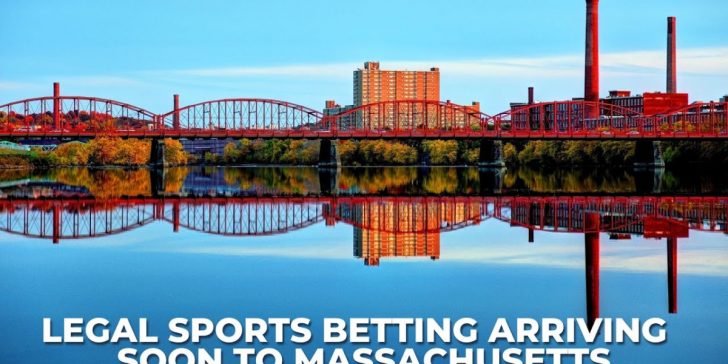 The state of Massachusetts is preparing to sign a bill that would legalise sports betting for the first time in the state’s history.

During a Sports Betting Conference Committee in the eleventh hour of the legilslative session, the House and Senate agreed a compromise on a legislation that will legalise wagering on professional sports to a state known for its die-hard sports fans for its native New England Patriots, Boston Celtics, Boston Red Sox, and Boston Bruins teams.

LSR podcast host Matt Brown, joined by LSR reporters Adam Candee and Dustin Gouker broke down the ‘significant news’ on their latest episode. Candee went into detail how the bill came through and what it means for the state of Massachusetts.

He explained: “It is a bill that doesn’t look too dissimilar to ones across the country, settling for a 20% tax rate on mobile and 15% on retail. There will be seven standalone licences, you could see as many as 15 brands in Massachusetts. You will see all of the big ones including DraftKings which is headquartered in Boston.”

“What we were waiting on was for this conference committee between the house and the senate who had passed very different bills, if they were able to reach a compromise. They went with a tax rate that looks a lot like what the House wanted, the Senate proposed something in the range of 35%, but the big sticking point was the college sports ban was the biggest issue they had to work through.

“The ban will be lifted during March Madness so you will have the ability to bet on them (college teams) to win the tournament, not individual games.”

In a similar fashion to big markets such as New York, Massachusetts is home to some US sports’ most historic and famed franchises, in particular the six-time Super Bowl champions New England Patriots, and 17-time NBA champions Boston Celtics.

Sports are huge in Massachusetts and it comes as no surprise that sooner or later, a sports betting bill would eventually pass in the state with potential to become one of the leading markets.

“Boston is huge. These are the most rabid fans, maybe outside of New York I’d say in our country. They’re primed for this. I’m not going to say this is going to lead them into over-index in terms of that, but it’s going to be significant when they launch,” said Gouker.

“No chance we’re going to see online sports betting before the NFL season. It will be launched maybe in the middle of it or around the Super Bowl – there’s going to be a huge uptake in that.

“Even though DraftKings has only done DFS there, they are ingrained in Boston culture, people know what DraftKings is. Whether that leads them to be number one with a bullet remains to be seen, but it’s a big state for sure and has a chance to over index in terms of population.”