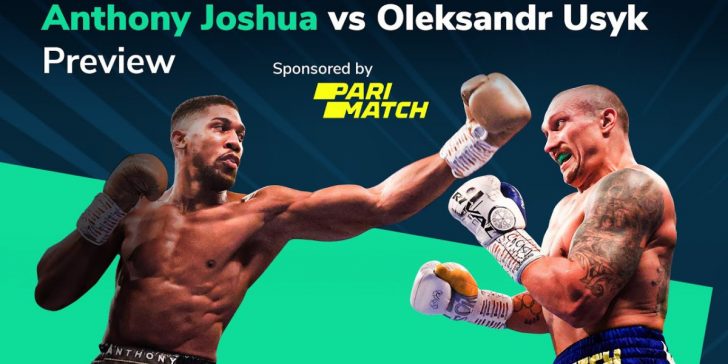 Analysing the rematch between Anthony Joshua and Oleksandr Usyk taking place this weekend, Jones emphasised that the Briton will be forced to take a risk and put the pressure on his Ukrainian counterpart.

‘If you have power you have to risk getting hurt – so Joshua has to try and push him right back, but he may walk onto shots and do what Usyk wants him to do, but that is the only way he can win, because he tried the other way and it didn’t work.”

Taylor followed up by stating his belief that Joshua didn’t try to outbox Usyk in  their first collision, as he underlined he felt that Joshua was just simply bamboozled by the better counter puncher in the fight.

Joshua’s advice from the corner may well be key according to Barry, who praised the way the Watford man digests instructions, nonetheless, he added that trust between the corner and the former champion is vital.

Physicality is also something that can be pivotal to Joshua’s chances according to the Welshman, who emphasised that he doesn’t need to go speed-for-speed with Usyk, instead he needs to replicate a stereotypical American 80’s heavyweight, disconnecting the current champion from his rhythm.

Taylor then discussed the new found bulking of Usyk, underlining that he thinks it won’t impact how Usyk sets traps and makes AJ miss, given his superior ring smarts and undeniably silky footwork.