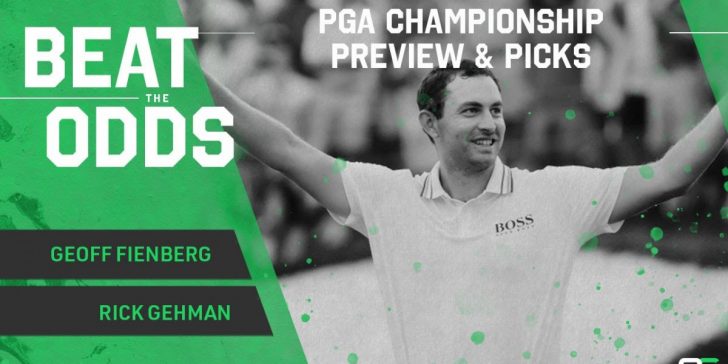 The major golf tournament has been pushed forward this year by the PGA as it was regularly held as the final major of the year in mid-August.

Oddschecker US’s Rick Gehman and Geoff Fienberg broke down the favourites and their picks to win the PGA Championship come Sunday.

World number 1 Scheffler is co-favourite to scoop up his second major of his career alongside 2021 US Open winner Jon Rahm (12/1). Four-time major winner Rory McIlroy (14/1), Collin Morikawa (16/1) and Justin Thomas (16/1), round out the rest of the top five favourites.

“I think sort of all the immediate trends will probably be kinder to Scheffler, Rahm and Thomas,” states Geoff Fienberg.

“Thomas without a win, his form, results, everything is trending so perfectly to this moment that it would make perfect sense to see him win his second (overall).”

One of the most recognisable names set to take on the Oklahoma course this weekend is McIlroy. The Northern Irishman is without a major win to his name in eight years.

“Rory’s an interesting one. Back-to-back second place finishes off of the great Sunday to secure those places, confidence is king,” remarked Fienberg.

“That being said, I feel like if I were to bet on Rory, I’d probably just reach that upper shelf on Jon Rahm or reach a little behind with Justin Thomas. He’s kind of in a no man’s land for me.”

Fienberg goes on to breakdown the complexities of the Southern Hills Championship Course and the degree of accuracy it takes to deliver on a major stage such as the PGA Championship. Jordan Speith is particularly mentioned as one player if he can get the drive going early, not many will be able to beat him.

“We’re in Big 12 country, at a course that feels like a lot of these major championship venues, the equaliser will be his (Spieth’s) ability to make those incredible par saves, those chips you would expect,” said Fienberg.

Gehman and Fienberg delve further into detail about the weekend’s action which could not be helped by talking about golfing legend Tiger Woods.