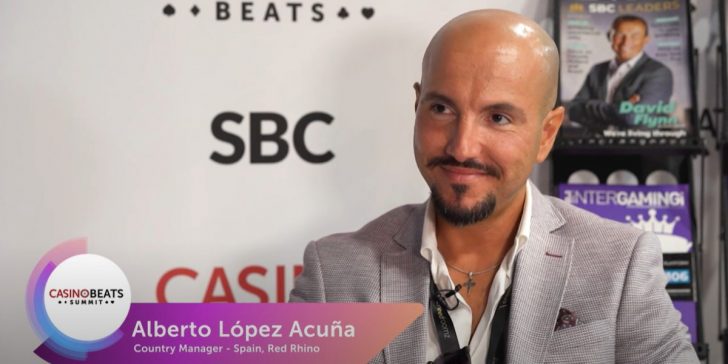 Red Rhino’s Spain Country Manager Alberto López Acuña described Malta as the world’s iGaming “melting pot” and laid down his thoughts on the future of the Spanish market.

Catching up with SBC’s Mollie Chapman at this year’s CasinoBeats Malta Summit, Acuña shared his impressions as to why the country has managed to become such a hot spot for the industry.

He said: “Malta did a good thing with creating a framework for gaming companies to be established here, and regulations for an international environment. It also became the main hub because it’s like a melting pot – there’s a lot of people from everywhere, a lot of companies established here.”

Acuña also acknowledged that certain geopolitical developments might have also catapulted Malta to the top: “After Brexit, many operators moved from the UK or Gibraltar and started having operations here. There probably weren’t so many before. I think that positioned Malta even more as the main gaming hub in Europe, and probably in the world.”

When asked about the developments he wants to see unveiling in Spain, Acuña commented: “The future for the Spanish market I believe is right, I just hope that the regulations continue to protect players, but also look at the measures that have been taken – if they work or not, and if they really protect players or push them to the black market.

“Getting taxes from that is great for the country, but at the same time there’s a fine line between legal and illegal gambling. But the market so far is growing year-on-year. The new Royal Decree on Commercial Communications perhaps is a bit of a hiccup in the market, especially in sports betting – we saw a decrease in the last release by the regulator – but I believe there’s a bright future.

“I mean, Spain is a great country, there’s a lot of potential there, and I hope we stay there for many years.”