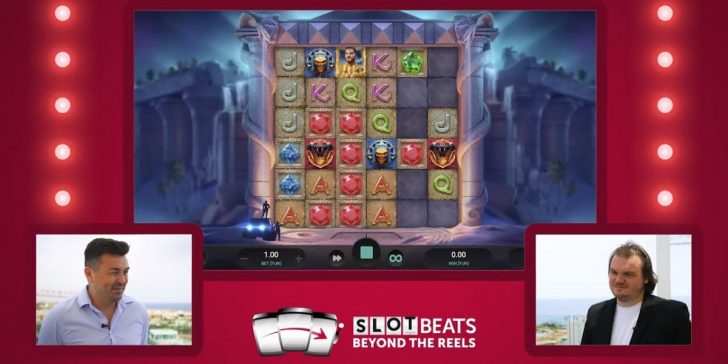 As part of SlotBeats special live edition of Beyond the Reels, CasinoBeats’ James Ross was joined on the rooftop of the InterContinental Malta at CasinoBeats Summit 2022, by Relax Gaming’s Deputy Chief Executive Officer, Daniel Eskola.

In the special edition, he provided an insight into the supplier’s slot title, Temple Tumble 2 Dream Drop.

Eskola stated that, within the first seven days of launching Temple Tumble 2 Dream Drop, “one of our biggest operators mentioned that this is the third best game that they ever launched.”

Moreover, being a sequel to Relax’s original Temple Tumble title with the most prominent addition of a Dream Drop mechanic, Eskola continued to explain that “Dream Drop is a product that we’ve been working on for more than a year.

“So we decided to do something really special here with Dream Drop, with the mechanic being a must-win, so players know that somebody’s going to win the jackpot before it reaches an amount.

“What we believe here is that, if you’re playing the game and you enter into the jackpot round – and you know that somebody is going to win it in the next three days – the adrenaline, the dopamine and the excitement of playing the bonus game is way higher.”

Eskola also went on to explain how the base game and free spins feature function, delving further into the Dream Drop mechanic, how it works and its expectations for its success in the near, and long term, future.