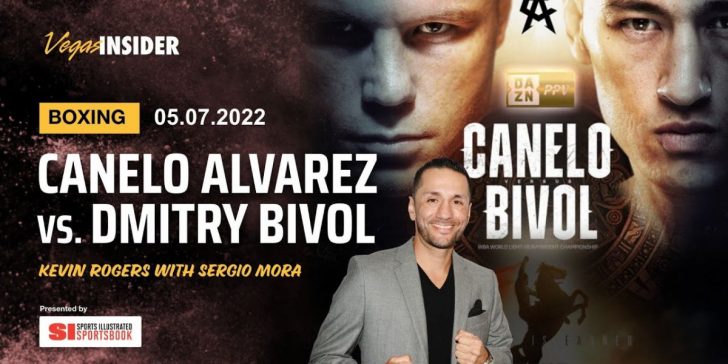 Canelo is a heavy favourite heading into the fight, looking to capture the second light heavyweight world title of his career, and will aim to take Bivol’s WBA world title this Cinco de Mayo weekend.

But Bivol is 19-0 so far in his career and holds victories over former world champions such as Jean Pascal, even boasting a win over current WBO light heavyweight world champion Joe Smith Jr.

However, Rogers mentions to Mora that Bivol has won by decision in his last six fights, with his fight against Canelo favoured by the bookmakers to go the distance.

Mora also lauds Canelo’s abilities, who he believes will be able to use his counter punching and short explosive range to work to his advantage.

But Bivol is the taller and stronger fighter being a natural 175lbs. Canelo is the naturally shorter fighter, and Mora outlines the several strengths Bivol has going for him in order to cause the upset Saturday.

This fight is expected to bring a lot of attention to the T-Mobile Arena, not only as it is the Mexican holiday Cinco de Mayo, a traditional date for major boxing fights to take place, but also because the Mexican Canelo is widely regarded as the pound for pound best fighter and biggest name in the world of boxing.