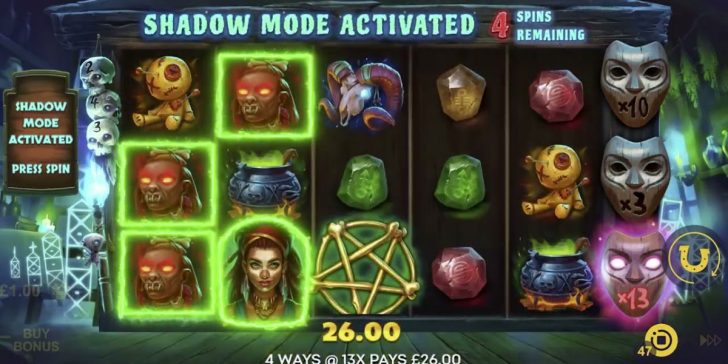 The newest episode of SlotBeats’ Beyond the Reels takes a closer look at voodoo culture as it delves into Lucksome’s Voodoo Temple.

Joining CasinoBeats’ James Ross, was Bryan Upton, Founder and Director of Lucksome, who explained why the theme was selected, stating “you need to look at who you are targeting” from an end user point of view.

He explained: “That’s the player in our case. There were quite a lot of males who were playing it, and that’s who we were going for.

“Something edgy seems to stand out in this day and age and voodoo is slightly edgy. You can do a lot of dark stuff with that theme. We then wanted a central character who was the main protagonist of the wins, which was the High Priestess.

“We looked up a lot of shamans and priestesses to try and capture it, but also bring it a little bit more modern day. We did a bit of research on certain bits of art that emanated from voodoo and then pieced it together.

“We didn’t make it authentically accurate, I’ll say that! We tried to focus on it being fun and nice to look at more than anything else so any voodo aficionados out there I’m sorry.”

Delving into RTP, within the game and in general, Upton stated that the company was “all about transparency”, noting the company is frequent in “calling out” its titles stats for players to see at any time.

“I think the RTP is important,” noted Upton. “We do two RTP variants of our games at the moment, and that’s 94.5 and 96.5 per cent in the base, but if you buy a bonus buy, in Voodoo Temple for example, then that RTP is 97 per cent, also the same in the Shadow Bet.

“What we’re saying is, if you want to spend a little bit more with us at Lucksome, then we will give you a higher RTP in exchange for that loyalty, which I think is quite important and I believe we’re quite transparent about that.”

Upton also delved into the titles Shadow Spins mode, free spins feature, why certain symbols were selected and what the company has in store for the near future.