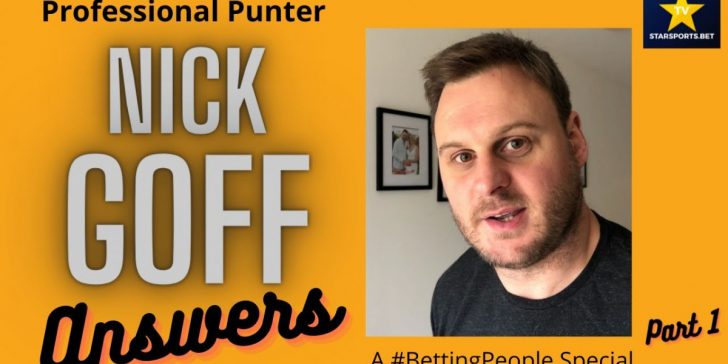 Star Sports latest series of Betting People saw Nick Goff share his insight on a plethora of subjects as he predicted the return of the trading room may well make a comeback.

The series, which marks the second time in which Goff has featured on the show, saw the floor opened to the viewers as questions were asked from Twitter and other social media.

As part of the candid interview, Goff commenced by sharing not only how his betting but also how his life has changed since the first interview.

Goff later went on to reveal that he has become less conservative in a bid to improve his punting – how he left Ladbrokes Coral with ‘a chip on his shoulder’ and a desire to prove he can progress.

Following this up, he highlighted that he backed Brazil in their infamous World Cup semi-final defeat to Germany in 2014, in what at the time, was one of the biggest bets of his life.

In the penultimate video of the series, Goff detailed some of the challenges involved in the Qatar World Cup from the perspective of a punter as he also shared a unique story from the trading room.

The final part of the series saw Goff take a closer look at the potential impact of minimum bet limits and the reason he believes the trading room may return.

Goff also detailed the sole scenario he would ever hedge his bets, whilst adding that multiple bets play a role in his core betting strategy – allowing greater value and deeper stakes.