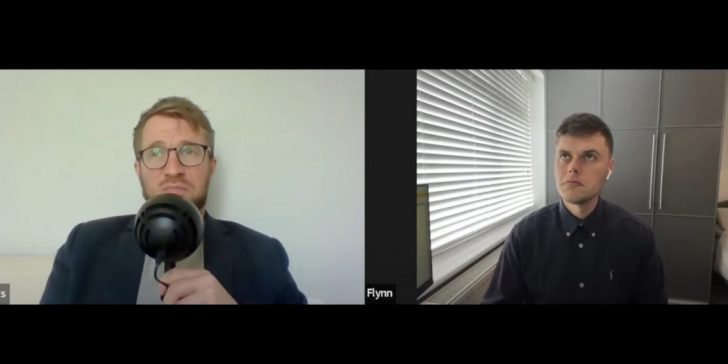 For the newest episode of the Star Sports’ ‘Trader Chat’ show, host Johnny Ward was joined by Flynn Goward to discuss the latest trending topics from the sports betting trading room.

Starting off the podcast with a bang, the duo condemned the drunken brawl at Sandown races earlier this week where a man was knocked out by a sucker punch.

“It’s not a good look on racing,” said Goward. “It’s just the type of crowd that racing attracts at the moment, especially the Saturday tracks when the weather is nice, similar to a football type of crowd. The racecourses want to get the punters in, and people enjoy a drink. But somehow this needs to be stamped out, there needs to be more stewarding.”

Commenting on the actual racing, Ward described it as a “funny enough card” while going over how the five-horse race “kind of fell apart”, deeming race winners Grenadine and McFabulous “doubtful characters”.

Commenting on Tyson Fury’s triumphant homecoming against Dillian Whyte, Goward underlined the obvious that Fury was the heavy favourite in the betting market – heading into the bout as 1/5 favourite, and 8/11 to land the stoppage.

On Fury’s retirement announcement, Goward said: “I can’t see him retiring. He loves the limelight too much, he’s a little bit of a narcissist. So, I’ll be very surprised if we don’t see him fight again, especially after Joshua and Usyk finally manage to get on at some point. I would imagine he’ll fight the winner of that if they can sort it out between all the governing bodies.”