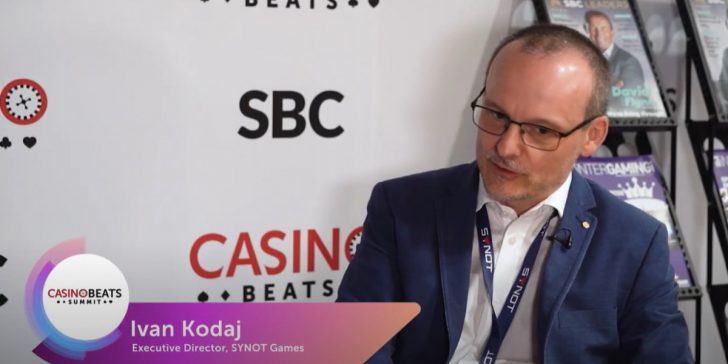 Ivan Kodaj, Executive Director of SYNOT Games, caught up with SBC’s Mollie Chapman at CasinoBeats Summit to talk about his company’s vision for 2022.

Kodaj began by explaining the four main goals that SYNOT had laid out for itself at the beginning of the year.

He said: “When we were creating our roadmap for 2022, there were maybe four goals to fulfil. One of them was to bring players new game features and mechanics. The second one was to keep producing classic slots, because they are still loved by players.

“The third one was to introduce seasonal themes, because they were missing from our portfolio. And the fourth was to start producing more games, because players were asking for new content. It will be a mixture of everything, and I hope it will be enjoyed.”

Looking ahead at what’s left to complete by the end of the year, Kodaj emphasised on SYNOT’s ambitions to enter new regulated markets, mentioning Europe, as well as jurisdictions across the pond.

He commented: “SYNOT Games is constantly looking to enter new regulated markets. We were just licensed by the Hellenic Gambling Commission in Greece.

“We will start launching our games in Switzerland and Bulgaria in the coming months. We are also aiming for Ontario and the US regulated markets such as New Jersey and Pennsylvania.”