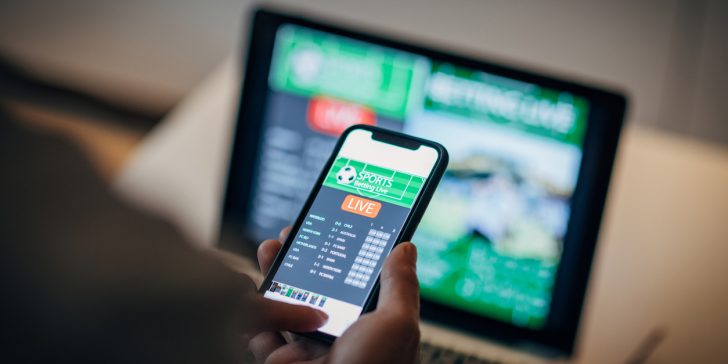 As we’ve learned, Sports Betting is in the process of arriving in California. As of now, there’s already one ballot measure set for November 2022. However, tribes in California are saying that there could be even more for voters to decide on.

Additional proposals were made on the first day of the Indian Gaming Tradeshow and Convention Expo. Hosted in Las Vegas, the Expo is the longest running gaming trade show in history, and aims to deliver “the insight and strategies you need to rise to the top of the competitive gaming industry landscape,” according to its website.

Arizona also became a topic of discussion at the Expo, with the Governor set to approve ten licenses to Tribes and Arizona’s Sports Teams.

Tribes in California will be facing heavy competition in who gets the biggest slice of the California Sports Betting pie. This all comes after the Tribes made an effort to get out ahead of other actors back in 2020. General counsel of the Pechanga Band of Luiseno Indians, Steve Bodmer, illustrated this. He made it clear that, given America’s history with dealing with Native Tribes, that they wanted to go on the offensive. The tribes, in short, needed to do something before everyone else.

That all led to a fruitful petition that put in place a favorable ballot initiative for the Tribes before Covid-19. The initiative is the one that we know as providing Tribes the ability to offer onsite sports betting. It had begun to look positive for the tribes. When COVID-19 happened, though, signatures were hard to come by. While the initiative is now on the ballot for 2022, it has been delayed enough to allow external actors to let themselves in on the conversation.

Other actors in the Sports Betting landscape want to get more involved the future of Sports Betting in California. With the Tribes’ initiative, much of the expansion was to be to the benefit of the tribes. But horse tracks, card rooms and even FanDuel and DraftKings are hoping to make new proposals that will give themselves a slice of the pie.

Arizona’s legalization has also become a stress point for tribes. Panelist Bernadine Burnette, president of the Fort McDowell Yavapai Nation, said she expects the details of Arizona’s sports wagering system to be finalized in the next month or so.

Doug Ducey, Arizona’s Governor, signed legislation that will award 20 sports betting licenses. 10 will go to Indian tribes and Arizona professional sports franchises. More than ten of the 22 tribes in Arizona will apply for licenses.

It is still unknown how much a license will cost. It’s also unknown the affect that Arizona’s sports teams will have on the Tribes’ success in the new industry. Nonetheless, more than 5 years of deliberation of Sports Betting in Arizona has finally lent itself to actual developments in legalization.

In California, we can expect to see a messy process unfolding prior to the 2022 ballot measure. With California being the largest market for Sports Betting in the United States, expect to see a lot of heated competition between the Tribes and bigger commercial betting companies.

In Arizona, the real thing to watch is who receives the licenses to operate on-site sports books. While there are 22 tribes in Arizona, only a handful will receive a license. That alone will decide the fate of some of the Tribes within the state.