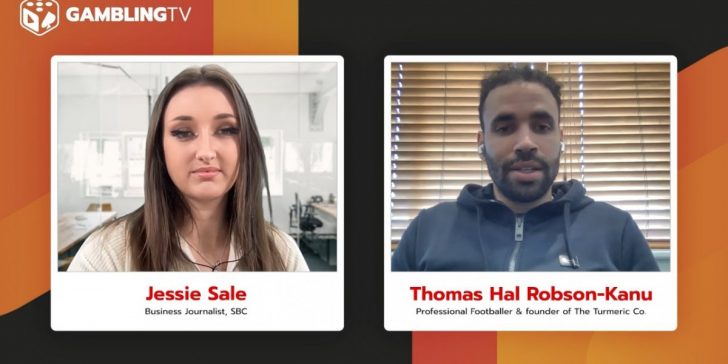 Former West Bromwich Albion and Reading forward Thomas Hal Robson-Kanu is the founder of Turmeric Co, a supplier of turmeric shots that Robson-Kanu has used to prolong his football career.

Founding the company in 2018, Turmeric Co has aligned itself with women’s football through sponsorships, with an existing partnership with the Women’s Crystal Palace football team.

Speaking to SBC, Robson-Kanu goes into detail on the growth of women’s sports as a whole and the role that companies such as Turmeric Co can help build.

“The interest is fantastic. There’s little girls playing football now and who are advocates of the sport. The women’s game in terms of the standards and infrastructure around the sport has really developed over the last five years particular.

“The upcoming women’s EURO’s is going to be a great opportunity to offer a level of commercial value which is something that the sport can build upon.”

Robson-Kanu also delves into the importance of turmeric shots in the development of his career and how it can help others.

“It was instrumental in the formation of my career and the success I had as an athlete,” continued Robson-Kanu.

“The importance of social responsibility for football clubs is significant. This ranges from Everton FC to Leicester Tigers in terms of rugby, whilst also supporting the likes of British gymnastics.”

Robson-Kanu also highlights some of the key talking points surrounding advertisements for aspiring athletes, women’s sports as a sponsorship tool being overlooked and athlete education.