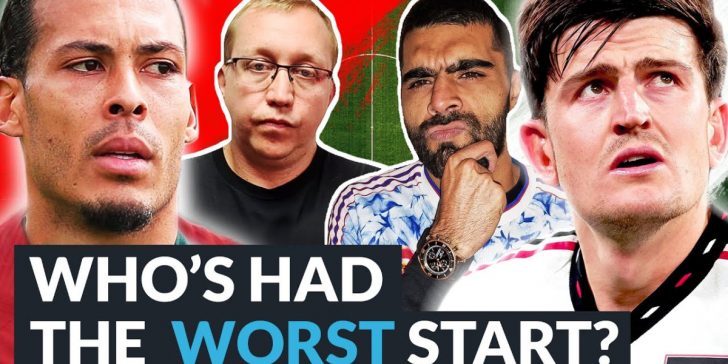 Gameweek three of the Premier League was another eye-catching weekend of football, delivering a number of surprising results which raised concerns for a number of major clubs.

Chelsea, Manchester United and Liverpool have all had underwhelming starts to their seasons, with neither being able to amount more than four points out of a possible nine in the first three games.

BetVictor’s ‘Last Fan Standing’ questioned which major team has struggled the most since the beginning of the new season and should concerns be warranted so early on?

Chelsea fan George Benson saw his side defeated by last season’s relegation battlers Leeds United 3-0. Benson questions the recent performances for a ‘lack of intensity’ and raised concerns over potentially more money being spent on top of the £170m already spent on new players.

But Liverpool and Manchester United fans Chris Pajak and Adam McKola respectively, don’t doubt that Chelsea’s form is nothing more than a slow start and have sympathy for manager Thomas Tuchel over the chaotic last six months in which long-time owner Roman Abramovich sold the club, making way for new owner, Todd Boehly.

The question is then posed to McKola on United who, despite two embarrassing results, beat their fierce rivals Liverpool 2-1 on Monday. McKola was full of praise for the performance from United but stressed those types of performances need to be on a consistent basis.

On the other hand, Liverpool fan Pajak believes his club are ‘miles away’ from title favourites Manchester City and highlighted a lengthy injury list full of starting quality players.

Pajak also mentioned a similar concern that Chelsea may have, that being not signing the right players that the manager requests, after Jurgen Klopp responded to the media that he doesn’t run transfers at Liverpool when quizzed on the need for a new midfield player.

All three men voiced their opinions on the current situation at their clubs, but only one fan was able to claim bragging rights at the end of the show.