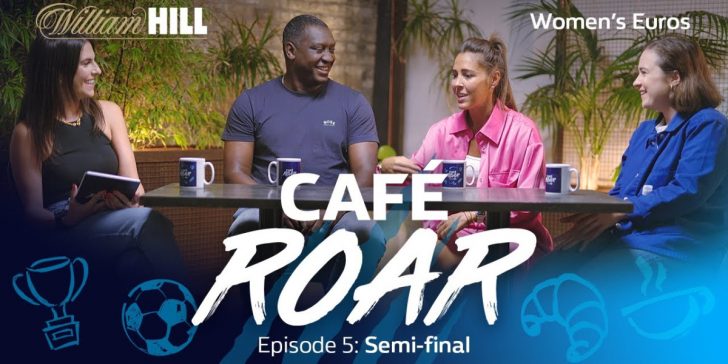 As anticipation builds for England’s clash with Sweden in the EURO 2022 semi-final this evening, William Hill’s Cafe Roar reassembled to assess the performance of the Lionesses.

Nicole Holliday and Flo Lloyd-Hughes praised that Stanway wonder goal that cemented a dramatic comeback for the Lionesses against Spain.

Looking ahead to the semi-final against Sweden the panel were also joined by Lionesses legend Fara Williams and retired England International talisman Emile Heskey.

Williams underlined that England missed Gill Scott in the collision with Spain as they were absent of leadership on the pitch – allowing Spain to dictate how much of the game was played.

Heskey lauded the subs made in the game against Spain, emphasising their desire to come on and have a significant impact on the game.

Lloyd-Hughes also backed Heskey’s assessment of the complete transformation of the game, which were caused by the subs, adding that they stand England in strong stead for further progression into the tournament.